WHY OUR FORESTS MATTER?

Posted by riverbanks in Uncategorized on February 2, 2020

WHY OUR FORESTS MATTER?

It is time for us to examine our own motivations and the impact on forest cover around us, writes Doel Trivedy.

“Sleeping In The Forest

I thought the earth remembered me,

she took me back so tenderly,

arranging her dark skirts, her pockets

full of lichens and seeds.

I slept as never before, a stone on the river bed,

nothing between me and the white fire of the stars

but my thoughts, and they floated light as moths

among the branches of the perfect trees.

All night I heard the small kingdoms

breathing around me, the insects,

and the birds who do their work in the darkness.

All night I rose and fell, as if in water,

grappling with a luminous doom. By morning

I had vanished at least a dozen times

Poet Mary Oliver passed away this year but left behind heaps of beautiful poetry about the natural world. Her poignant observations about nature, and all the small and big connections playing out in front of us remind us to stop, watch and observe the magnificence of the living and breathing world. She often wrote about forests. Visiting them alone, and with friends, and the magic that you can feel only when surrounded by ancient trees.

I am reminded of her poems when walking in a forest or simply sitting under a giant tree. It is only here that you are allowed the silence to observe millions of worlds at play. So many great stories begin in a forest and have become a part of the human consciousness as ancient stories, myths and beliefs.

Peter Wohlleben, in The Hidden Life of Trees, has written about the complex forms of communities that trees and forests form – nourishing and supporting each other, helping the young and the old – not very different from how we live in our own families. Their connections are even deeper as a group of trees are connected underground with millions of roots – constantly exchanging water, nutrients and information.

Just take a moment to imagine that. 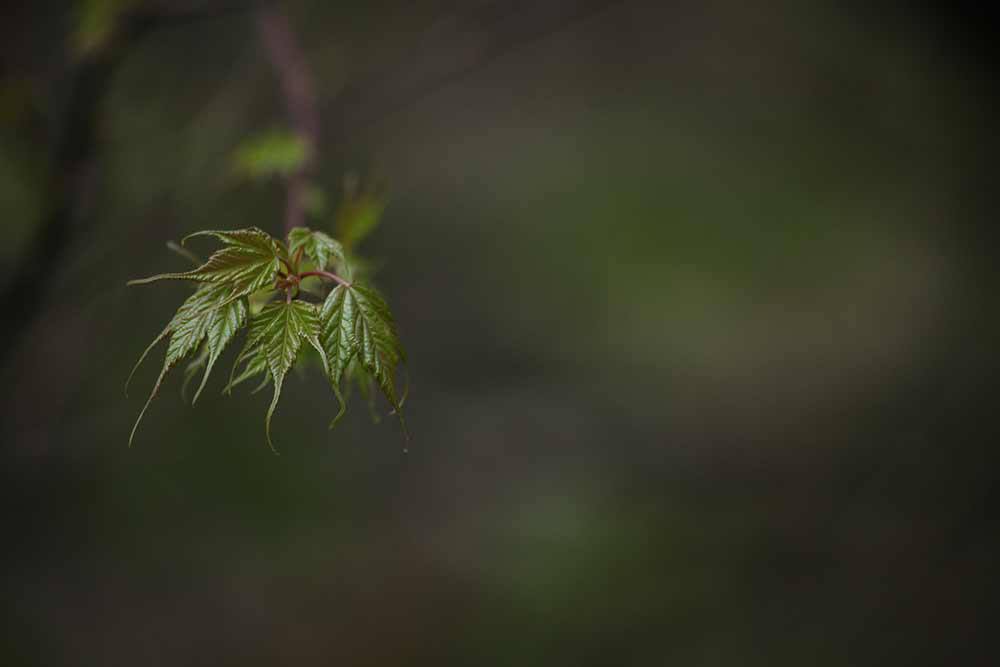 It is important for us to stop and think of the forests of the planet today – the most crucial link that keeps all life going. The world’s forests are under immense pressure. Globally, large areas are continuously being cleared and forests are disappearing at an alarming and staggering rate.  We’re losing 18.7 million acres of forests annually, equivalent to 27 soccer fields every minute. Scientists believe that we have lost 51% of the original forests in the last 100 years and 17% of prime Amazonian rainforests have been destroyed in just the past 50 years. We have also lost 70% of all species with them.

A large part of this loss is commodity-driven. Forest areas are being cleared to produce palm oil, soy, beef, oil and gas. Research shows that about 3.83 million hectares of deforestation occurs annually  just to support this commodity expansion.

In India the impact of forest loss is more apparent with increase in man-animal conflicts across the country. Species such as the Tiger and the Elephant need large tracts of forest land to sustain their populations. With forest cover decreasing they are forced to venture into human habitation to look for food and space. This has not worked well for either them or the communities that live next to the forests.

Forests are also deeply linked with Climate Change, which is one of the biggest environmental challenges we are facing today. Erratic weather patterns have increased in their frequency resulting in incessant rains, floods, cyclones and droughts affecting millions around the world.

Forests cover almost 31.8% of all land surface, are the largest natural resource on earth and a major carbon sink. They are natural sponges of the earth – recharging  groundwater and providing fresh water for streams, rivers and lakes. An acre of prime forest absorbs almost six tonnes of carbon dioxide and gives off almost four tonnes of oxygen every day. A single tree can absorb 22 kg of carbon dioxide in one year and sequester over 1 tonne of carbon dioxide by the time it becomes 40 years old. A large tree can lift up to 400 litres of water out of the ground in a day discharging it as water vapour into the air.

Forests are also a source of livelihood and sustenance for more than 1.5 billion indigenous and local communities globally, providing them with ecosystem services and forest produce worth more than 4.7 trillion dollars annually.

As a result of development leading to rampant deforestation, encroachment and other human activities in and around forest areas, we are losing more than 80,000 hectares of forests land every day worldwide and this contributes increasingly to greenhouse gas emissions. Recent estimates reveal that more than 30% of annual greenhouse gas emissions into the atmosphere is directly attributed to deforestation and forest degradation.

Despite this knowledge, the world leadership has done little to protect the remaining forests of our planet.  Meanwhile a few champions on the ground are doing what they can – individuals and organisations who are creating small and large tracts of forests that are allowed to just grow back.

In India alone there are examples of areas that were once degraded which have now regrown into forests that support biodiversity and have even seen the return of keystone species that play a crucial role in the functioning of an ecosystem. Some function as communities, some as an eco-tourism model but all with the aim of preserving and conserving the biodiversity of the area.

Gurukula Botanical Sanctuary in Kerala, Jabarkhet Nature Reserve in Uttarakhand and Wildernest  Nature Resort in Goa are examples of individuals fighting for forests and the species that live within them. GHNP is a good example of political will and community participation coming together to protect a biodiverse natural habitat. 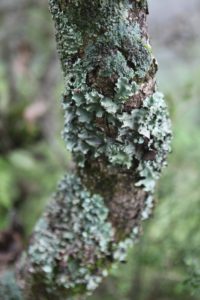 For the few of us who can, we could mobilise our leaders to change policies and create laws that protect the last remaining biodiverse spots for the world’s remaining species. The rest of us could join the work already happening or talk and write about them to everyone and anywhere we can.

I remember filming in the Great Himalayan National Park in Himachal Pradesh and suddenly finding myself in a magical world. From the oaks to the ferns on the ground, everything spoke of beauty and a history that we can only begin to imagine. It is easy to forget how old these beings are but here in the forest you can at least try to understand what truly their value is for the birds that call from high up in the trees, to the insects that have made a home in its bark and to the black bear that takes its cub to safety in a den hidden by the trees. The Tirthan river gushes out of these oak and pine forests towards the valley where millions of people depend on its waters for their survival. 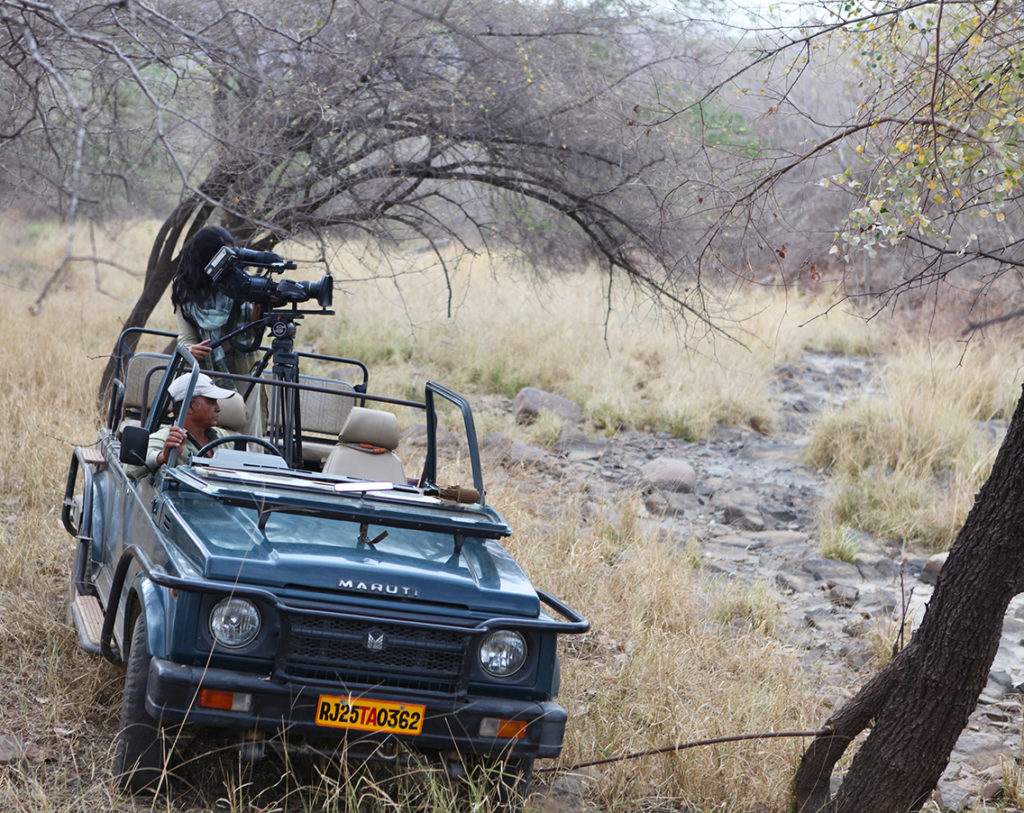 Sitting at our desks and in our homes we feel marginally connected to the natural systems of the forests, the real impact and meaning of these numbers, let alone the pain of their loss. It’s, no doubt, a political and economic battle against big capitalist machinery but in the end it is also a spiritual battle against our own weakness of wanting a more comfortable and consumption-filled life.

“We stand now where two roads diverge. But unlike the roads in Robert Frost’s familiar poem, they are not equally fair. The road we have long been traveling is deceptively easy, a smooth superhighway on which we progress with great speed, but at its end lies disaster. The other fork of the road — the one less traveled by — offers our last, our only chance to reach a destination that assures the preservation of the earth.”

Doel Trivedy wears many hats at Riverbank Studios. She is a Writer-Director-Producer and believes that stories can change perspectives.

Over the last 14 years Doel has traveled to difficult locations with her team to document wildlife in its natural habitat and tell stories of environmental concern-  the marshes of Sunderbans, the high altitude areas of the Himalayas, the Western Ghats and the deserts and forests of Rajasthan. Doel also spent 2 years with her team writing and filming in The Great Himalayan National Park to document the rare and elusive western tragopan which had never been filmed in India before. Doel has also produced and directed several episodes of the TV series ‘Earth Matters’ which is India’s longest running environmental series on National TV.

She recently completed 2 conservation films as Co-director and Writer – ‘Gyamo – Queen of the Mountains’ and ‘Looking for Sultan’. Doel and her company are working on a film on Brown Bears of the high altitudes of India and a 13-part environmental series in Northeast  India.